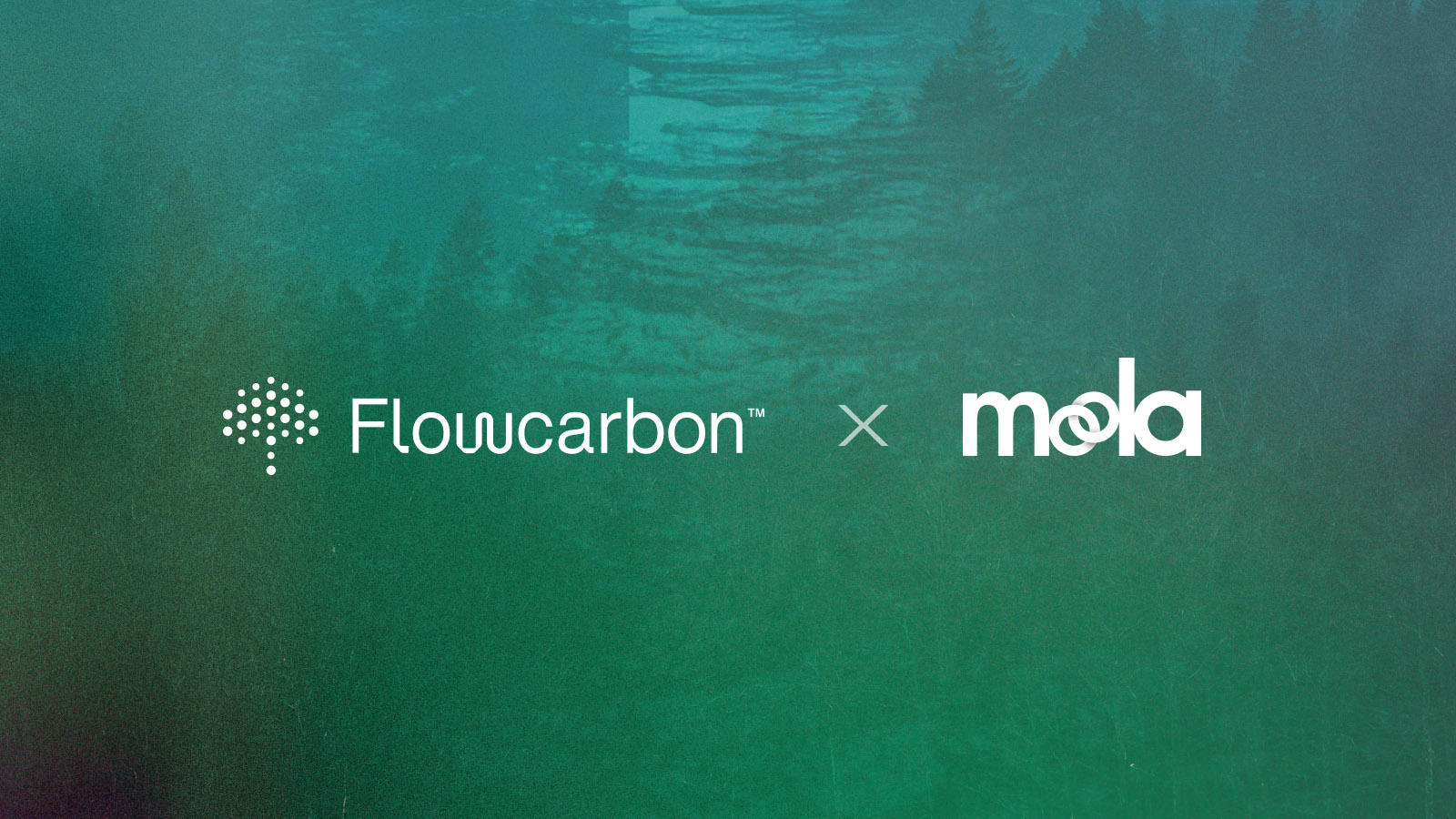 Climate technology company, Flowcarbon, whose mission is to drive funding directly to projects that reduce or remove carbon from the atmosphere by building on-chain carbon market infrastructure, today announced its partnership with lending protocol, Moola Market. The partnership makes it possible for holders to use Flowcarbon’s carbon credit-backed token to access yield and credit up until the holder retires the associated carbon credit, a utility not otherwise possible in the Voluntary Carbon Market as it exists today.

“Our partnership with Moola Market represents the maturation of carbon markets by enabling a new set of permissionless financial tools such as lending, borrowing, and underwriting loans against the value of carbon credits,” said Phil Fogel, Chief Blockchain Officer at Flowcarbon. “Providing project developers and others in the carbon markets with access to financial products, such as collateralized borrowing, will attract more funding into carbon projects and help scale the voluntary carbon market.”

Flowcarbon has been collaborating with partners across the blockchain ecosystem in order to build the value stack for the on-chain carbon market. One of the biggest challenges to scaling carbon projects that provide the credits needed for carbon reduction has been access to capital.

Moola Market’s functionality is anticipated to be integrated in time for the public launch of GNT, Flowcarbon’s first carbon-backed token. Token holders on the Celo blockchain will be able to deposit their GNT to earn compound interest at a variable rate paid in the form of additional GNT. Depositors can also borrow assets against the value of their GNT in cUSD, cEUR, or cREAL. Using Moola Market's credit delegation feature, GNT depositors may also underwrite loans to other Celo addresses which are not required to deposit additional collateral in order to borrow.
‍

“By bringing carbon credits to the blockchain and helping build out infrastructure, Flowcarbon is helping make the carbon offset market more transparent and accessible. We’re thrilled to work with them on making that asset class an integral part of DeFi tools, and in the process enable our users to be among the first to engage in on-chain borrowing and lending of nature backed assets,” said Patrick Baron, Core Contributor at Moola.

The financial tools provided by the partnership with Moola Market is just one of the ways that price discovery and transparency will be introduced to the carbon market. Other applications already built using Moola Market will also be compatible with GNT and include: Privacy protocol Poof.Cash, a gamified approach to building savings Good Ghosting, portfolio tracking tool CeloTracker, and tax accounting software Celo.Tax.

Flowcarbon is a pioneering climate technology company that brings carbon credits onto the blockchain. Its mission is to make carbon markets accessible and transparent, enabling the efficient and early flow of capital to be invested directly into projects that combat climate change. Flowcarbon is committed to driving real impact for people, biodiversity, and the planet.
‍

Moola Market is a non-custodial liquidity protocol that is democratizing access to yield and credit. Depositors earn compound interest which is paid for by borrowers who take over-collateralized loans, delegated loans, or flash loans.