Why bother with tokenization? 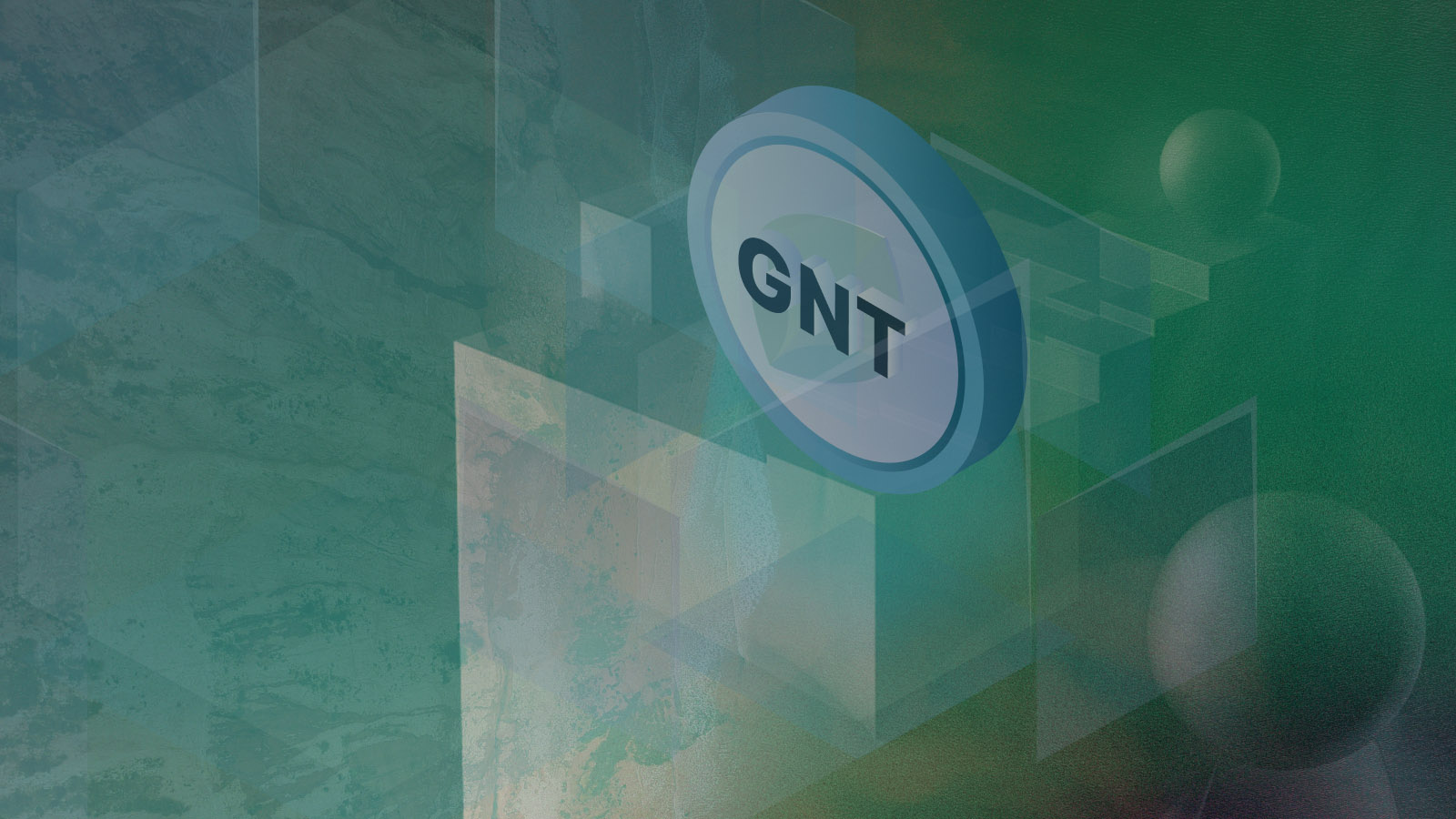 Keeping up with the latest and greatest in tech, especially in blockchain, is challenging. Change is happening at an accelerated pace. It’s uncomfortable. It’s complicated.

Every now and then we are like Ilsa Lund in one of my favorite movies - Casablanca: We need Sam to remind us that even though everything around us is changing, the building blocks of what holds the world together in its innermost folds are constant.

Here’s my attempt at what is going on at the bleeding edge of decentralized finance. Building upon the big ideas of finance, we’ll derive the driving forces of DeFi, and start to understand why tokenization is a hot topic today and how it unlocks the voluntary carbon market.

You’ll notice that Sam was right: The fundamental things apply, as time goes by.

Finance in a nutshell

There are three entangled concepts in finance that are underpinning markets: the risk/return tradeoff, the efficient market hypothesis and the fundamental theorem of asset pricing.

The essence of those ideas isn’t taught in school, although they are a major force within the modern world.

The big idea of capitalism is growth. Therefore it shouldn’t come as a surprise that growth plays a key role in finance as well: People with money invest into companies, projects, or startups they believe in. Taking risks in order to get returns is the concept that keeps the ball rolling. If you want higher returns, they come with higher risks - that’s the tradeoff you have to take.

The efficient market hypothesis states that an asset price reflects all available information. That is good news: if you want to buy TSLA stocks you don’t have to search for the lowest price on ebay-like search engines, because whatever is the price in your trading app is by definition the best and fair price for TSLA. This helps a lot to build financial products.

A side effect of this hypothesis is that you can’t beat the market, because that would require you to make a better deal than everyone else which is exactly what the hypothesis in its strongest form prevents.

This is a contradiction to the reality where some famous investors like Warren Buffet or Ray Dalio indeed have beaten the market consistently. However, it gets harder and harder everyday as financial markets mature and innovate.

Most people do not have an idea of what levels of efficiency we are talking about. If you want to get a sense of what is going on under the hood of finance (not everything is for the greater good) you should read the story of Flash Boys. Author Michael Lewis unwinds the construction of a straight fiber-optics cable between the Chicago Futures Exchange, and the New York Stock Exchange.

The pitch was essentially: “If there is a house in the way we buy it and tear it down, if there is a river we dry it out and if there is a mountain we’ll blast it away. We are building a straight line.” The goal was to bring the signal transmission from 17 to 13 milliseconds - ridiculously close to the physical minimum. The fund for financing this was oversubscribed almost immediately.

Therefore, unless you have major contributions to string theory and an armada of similarly experienced people at your disposal, the efficient market hypothesis is true for you.

The strive for efficiency is driven by the incentive of market participants to take arbitrage opportunities. Arbitrage is the dark force in financial markets, and the topic of interest for the fundamental theorem of asset pricing.

Although the mathematical definition of arbitrage looks frightening, the concept is rather intuitive: Arbitrage is a riskless profit. Let’s say TSLA is trading at $1000 in London and for $1010 in New York, you can buy it in London and immediately sell it in New York netting $10 in profits without taking a risk.

Good for you, horrible if anyone would do the same. Note that riskless profits are a direct attack on growth. Why would anyone put their money where their mouth is and take the risk to invest into Tesla's vision of electric mobility, or Biontech’s approach to cure cancer, when they can make money without risk?

If a riskless profit exists then it’s favorable to take the profit over an investment, because the returns wouldn’t have a risk tradeoff. Without investments there’d be no growth, therefore the entire carousel would come to a halt - and we could call capitalism a day.

Prosperous and thriving economies need to strive for the elimination of arbitrage opportunities. The fundamental theorem of asset pricing provides necessary and sufficient conditions for a market to be arbitrage free.

It’s an abstract and idealized market, but the modern financial system has made great leaps forward and in a lot of scenarios nowadays it is sufficient to simplify a market as “complete” within those conditions.
‍

DeFi is the name, liquidity is the game

Now that we have the building blocks of finance in our toolbox, we can make an attempt to understand what Decentralized Finance is beyond fancy and abstract vocabulary.

DeFi is the movement of providing the primitives for
decentralized markets to approach conditions required
by the Fundamental Theorem of Asset Pricing.

It’s not the definition. I made it up while writing this article. However, I think it’s somewhat solid:  if we want to foster growth in the blockchain markets, there needs to be innovation. By now we know that innovation can’t exist in markets where riskless profits dominate. Therefore, we need to have the building blocks in place that allow markets to move towards a complete market.

The very fundamental building block of a complete market is liquidity.

Liquidity refers to the ease with which an asset can be
converted into another asset without affecting its market price.

Again, this is a refreshingly intuitive concept. If you have a thousand dollars at your disposal and invest it into TSLA at the London Stock exchange, and this moves the market, TSLA would trade at a higher price which creates an arbitrage opportunity towards the New York Stock exchange that is still trading at what was the prior fair price of TSLA.

We don’t want arbitrage opportunities, we want liquidity. People who want to buy should always find a seller at the fair market price. The same should be true the other way around.

Liquidity is such a fundamental concept that it always was and still is the area of biggest research in decentralized finance.

At its infancy a lot of people firmly believed that liquidity is impossible in decentralized markets.

make it hard for buyers and sellers to agree on a price. A critical block of traditional liquidity appeared to be impossible to build in decentralized finance: order books.

The solution to this problem kickstarted the latest bull run in crypto. Protocols like bancor, uniswap, and MakerDAO powered through the fire and flames of the crypto winter and signed their names into the book of DeFi innovations: One of the biggest ideas of decentralized finance nowadays is that you don’t trade against an order book. You trade against a curve.

In its most basic version you plot a trading pair on the X and Y axis. In order to buy a quantity of Token B you have to pay the quantity of Token A required to match the curve. The folks over at finematics created great content to explain this in depth.

Today, we not only have decentralized equivalents for trading, but we have them for lending, insurance, and much more.

All of a sudden we can talk about business.

Let’s plot a two dimensional space where an assets demand is on the Y-axis, and it’s liquidity is on the X-axis:

The higher up an asset is in that space, the more people want to have it. The more right an asset is, the more liquid it is.

Let’s illustrate this idea with examples:

Note that I’m just eyeballing here, so there are no numbers on the axis.

However, Apple is the most valuable company in the world, therefore a lot of people think it might be a good idea to have it in a portfolio (no investment advice).

Warren Buffet wants it, most Exchange Traded Funds want it, and the demand is pretty high. It’s also super liquid. You can buy it everywhere. If there’s a stock exchange somewhere, it more than likely trades AAPL. And if you are using any trading app, it probably lists AAPL on the hot & trending view. AAPL is in high demand and it’s highly liquid. Most of the upper right corner is made up of assets and derivatives from the realm of traditional finance.

Russian Government Bonds are an example of very-little-to-no-demand and very-little-to-no-liquidity. Russia is excluded from most of the financial markets. Under specific circumstances it may even be illegal to trade them due to the sanctions of the western world. To top it off, Russia announced a bitconnect-grade move to pay out future yields in rubel. Russian Government Bonds are the most toxic asset class in the world and therefore there is no demand.

There is no liquidity either as everyone who has Russian Government Bonds wants to sell them - but no one is lining up to buy them. Consequently, the Russian stock exchange - where they are most prominently traded - shut down for weeks and is still heavily restricted today.

Somewhere in between is Decentralized Finance.

DeFi is still heavily self-centered (you trade one coin for another) and by magnitudes not as liquid and demanded as traditional finance. It made a lot of progress, though. Investing into DeFi is essentially the bet that it moves to the top right of the demand/liquidity space, conquering TradFi territory.

Now remember that DeFi has spent the last years building the tools to make assets liquid! This opens up a window of opportunity in the space:

The question is, are there asset classes that have high demand - but are not liquid? If we could identify those asset classes and connect them to the DeFi space to kickstart liquidity -  then we’d have real world use cases with high demand that would accelerate the DeFi movement.

This process of connecting asset classes to DeFi is called tokenization. It wasn't possible a few years ago because the tooling in DeFi wasn’t mature yet. Now we are getting there, and things are heating up. A Tokenization Hype Train has started to identify those asset classes and drive them into territory that has formerly been occupied by TradFi products only.

Since you are reading this on flowcarbon.com you probably are able to guess where I’m going with this: We, the folks at flowcarbon, do believe that there is an asset in the top-left corner, at the Main Station of the Tokenization Hype Train: Carbon Credits.

The current market for carbon credits has tedious price discovery, and illiquid markets with stalling “over-the-counter” negotiations. Companies, however, have lined up billions of dollars on the demand side and the expected growth rate for this industry is astonishing, expected to increase by a factor of 15 by 2030 and a factor of 100 by 2050.

Now we can put all the pieces together.

Regenerative Finance is about restoring rather than exploiting. Capitalism is dirty on bookkeeping and accounting when it comes to our planet: Rewards are pocketed but environmental risks are ignored and outsourced. This has to stop, and carbon has to become a “first-class” citizen in the world of finance.

That’s what we do at flowcarbon. We are in the business of making carbon credits liquid. We want to push them as far to the right on the X-axis as humanly possible.

Liquidity is the only game in town. It’s played by venture capital with the highest stakes and flowcarbon sat down at the table to win it.